India Data Portal is the one stop open access portal for Public Data and Visualizations in India. India Data Portal, incubated by Bharti Institute of Public Policy, Indian School of Business is an online platform with a data repository of processed public datasets on agriculture and socio-economic indicators. The portal aims to diversify to financial inclusion and rural development in the times to come. Funded by the Bill and Melinda Gates foundation, it aims to make public, credible data accessible, interactive and usable. The portal has been developed by Gramener, a data science consulting form.

The portal was launched on 31st Jan, at the India International Centre, New Delhi. The Introduction of Portal was given by Dr. Aarushi Jain, Associate Director, Bharti Institute of Public Policy, ISB. Anand S, founder & CEO of Gramener, presented ‘Data for Stories’, highlighting the stories, insights, patterns and information that data can bring to the fore, that otherwise just gets lost in numbers. Data once visualised can throw quite a few surprises. The event partners for the event were NewsLaundary.

This was followed by a Panel Discussion on ‘Data and Journalism’, moderated by Abhinandan Sekhri, co-founder and CEO, Newslaundry. The panel comprised Ritu Kapur, co-founder of The Quint, Avik Saha, eminent activist and founding member, Swaraj Abhiyan, Anand S and Avik Sarkar, visiting Associate Professor at Indian School of Business working in the areas of Data, Emerging Technology and Public Policy who is the Co-PI for the project.

The focus of the discussion was on accessing credible sources of data to avoid on misreporting. Access to data is not enough, journalists need to be trained understand, interpret and find stories from data. ‘Questioning the credibility of data in India is a political debate. Credibility of the data may not be questioned as data in India is collected through the statistical system with robust methodology’, countered Mr Saha.

Anand S opined, ‘I believe it has the potential to help media create stories from data without effort. IDP is a humble start towards data and evidence driven journalism. It’s a beginning where people can start talking about issues backed with data’

‘At present, the agriculture data is the focus on India Data Portal, but with time we will expand based on response and demand from stakeholders and six months from now, the portal shall be available in seven vernacular languages’, said Avik Sarkar.

‘It’s an important resource in the times when the credibility of news is under scrutiny and authentic credible data source like IDP, is a valuable resource we should all depend on. While agriculture is great, I can’t wait for the crime data,’ said Abhinandan.

The panel also debated on expanding and including more sources of data for authenticity on the India Data Portal.

The audience engaged with the panel and came forth with multiple suggestions not only to improve the data sources, functionality of the portal and ways to widen the utilisation of the portal.

The portal was formally launched by Anand S 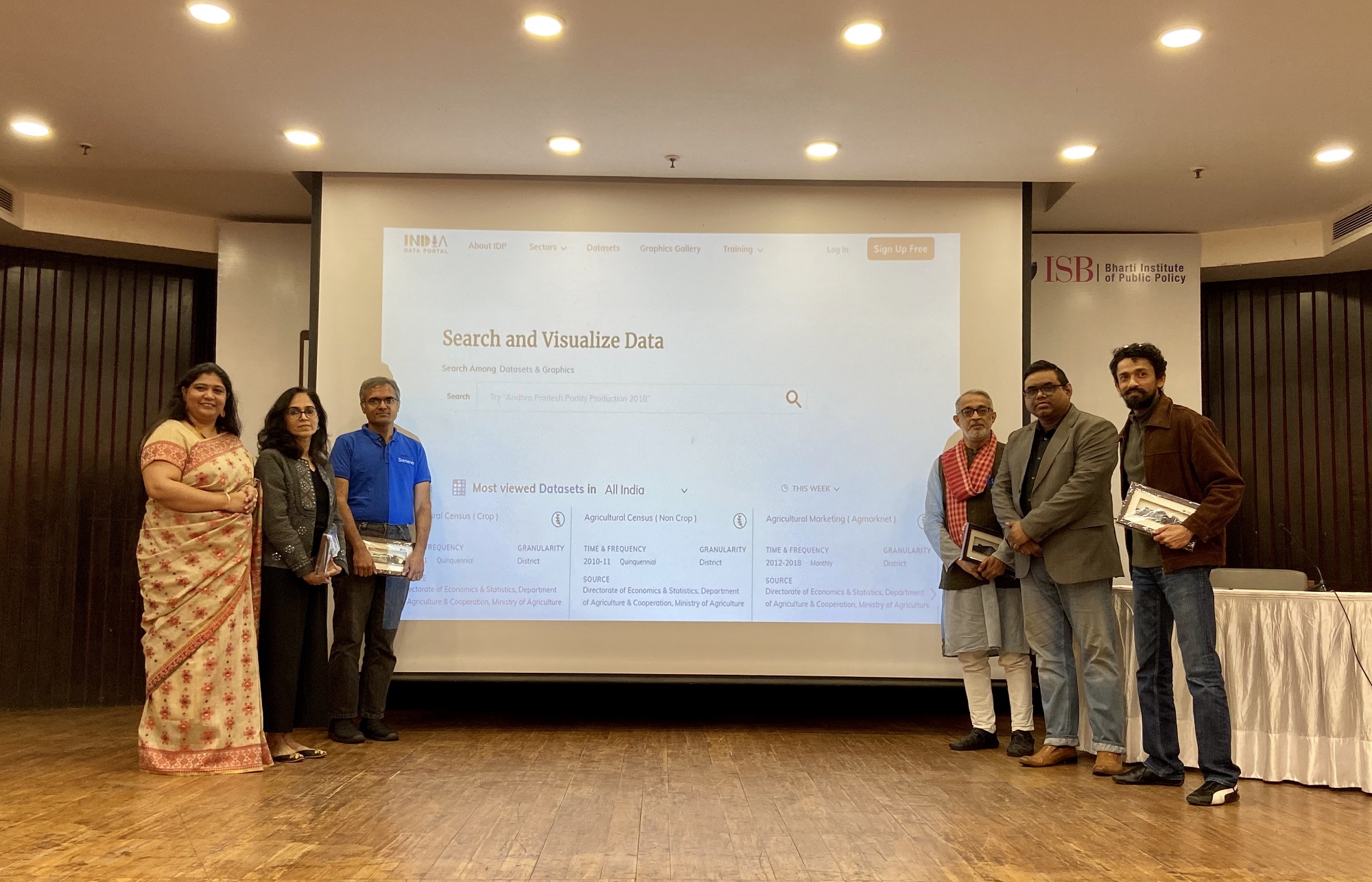 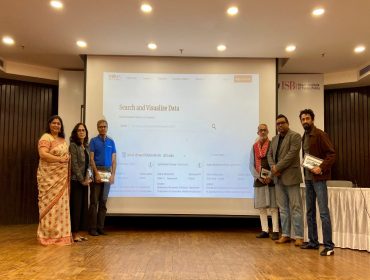 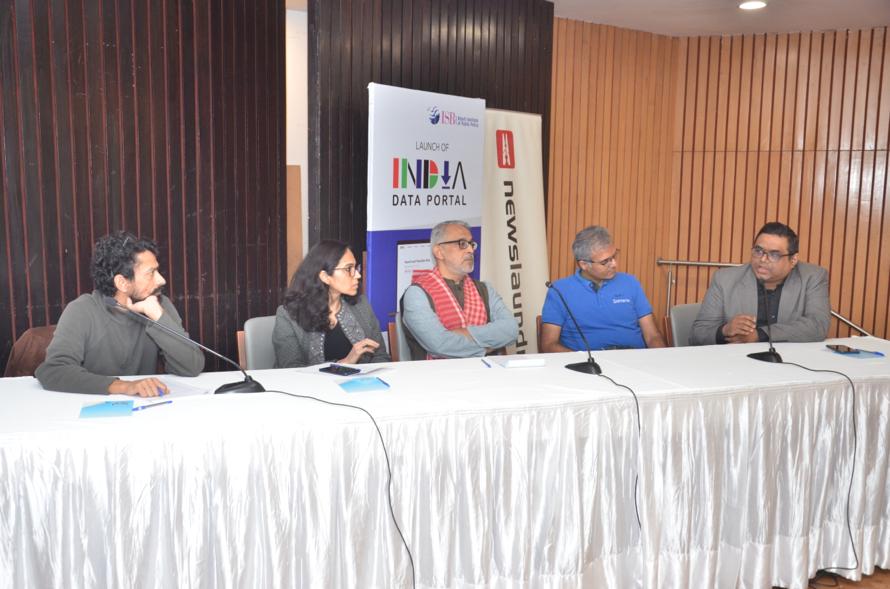 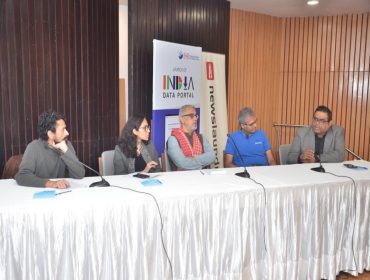 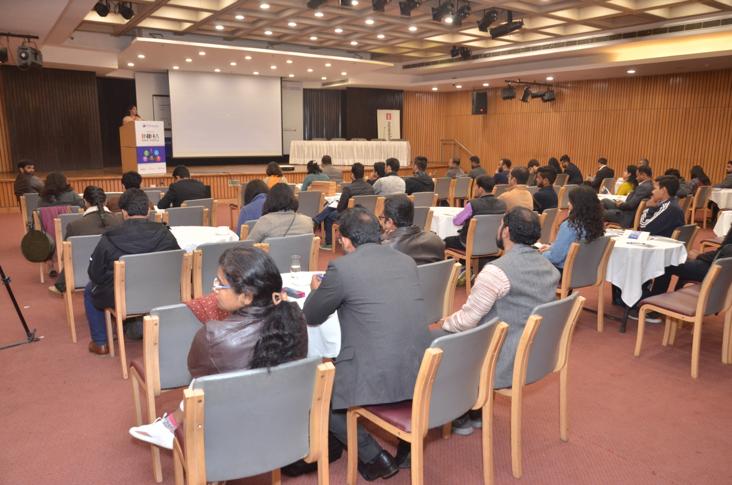 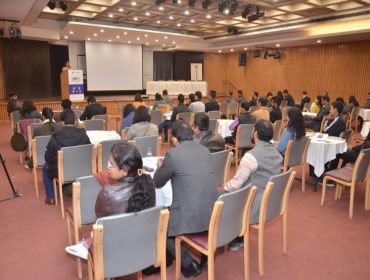