ISB's PGP Co’2021 came together on this momentous day to celebrate India’s 74th Independence Day (Bandhan Celebrations) with cheer, fervour, and joy. It was also a day for the ISB community to re-dedicate and re-commit themselves for our nation’s growth, prosperity, and wellbeing. Bandhan Celebrations were flagged off by playing the National Anthem, followed by a series of thought-provoking and inspiring programmes.

Bandhan celebrations were marked by the display of some of the poignant & rare pictures of pre and post-independence India. The presentation showcased how India broke the shackles of its colonial burden and marched into a new, robust and a vibrant country, through the concerted efforts of its citizens. Each photograph had a message to deliver and a story to narrate. Complementing this display was another photo essay, highlighting some of the pioneering, brave and innovative women of new India, who have carved a niche of their own in their respective domains. They left an inspiration and an encouraging message for others to emulate and imbibe.

A reflective theatre showcase by the students underlined the need and importance of pursuing one’s own passion and vocation, which in turn would translate into attaining real freedom and empowerment. A soul-touching parting letter of a critically wounded soldier to his mother, father and wife left everyone emotional and reminded us of the hardships a solider endure to protect his motherland. This poetry was perfectly dovetailed by a dance performance that salutes the selfless sacrifice of soldiers for the country. A dance performance by the children from Ashiana Haryana NGO won the audience’s hearts.

Mr Suresh Ramdas (Mr Gay India 2019) while sharing his experiences, spoke about his personal journey on embracing his orientation and starting a life of change and choice. He also went on to add that he is now advocating his position on inclusiveness and the need to break stereotypes. His message spoke to everyone’s spirit 'Discover yourself and find purpose in your life'. 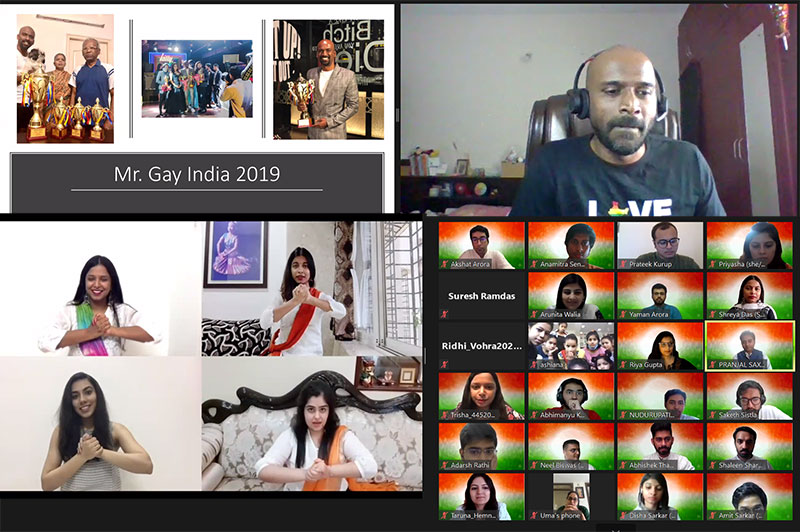 A food donation initiative executed in partnership with Robin Hood Army was shared during the celebrations. The drive was conducted virtually, with the ISB community across the country coming together to provide 500 families with food kits containing wheat flour and rice to sustain them for a week. Together, funds for ~5500 kgs of grains were raised which were then collected by RHA for distribution drives to communities on-ground. In the end, Professor Ramabhadran Thirumalai, Associate Professor (Practice), Finance and Senior Associate Dean – PGP and YLP, ISB called on the students and ISB community to give their best in building our nation’s future.